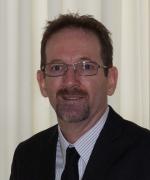 
PROFILE: Master Ian is a highly experienced and committed instructor who began his Taekwondo journey in 1992, and became a Branch Instructor in 1996. In 2010 Ian with his wife Lee-Ann (a 4th Dan Black Belt) opened the very successful WSTA dojang in Ayr.

Over the years Ian has worked tirelessly to advance the art of Shim Jang Taekwondo, and in 2011 was recognised for his achievements and received the WSTA “Outstanding Commitment” award.

In 2018 Master Ian was appointed Master Instructor for Nth QLD by the WSTA Founder and Grandmaster Mr Les Hicks.

With over 30 years experience in Taekwondo, Ian’s dedication and knowledge is well placed to help the ongoing development of the art of Shim Jang Taekwondo.