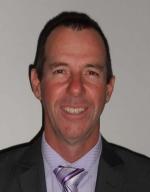 Master Nicholas Seedsman began his martial art career with a Sydney karate school in 1976 and made the transition into the art of Taekwondo when he joined a local Taekwondo club in the mid 1980’s. Master Seedsman became a student of Grandmaster Les Hicks in 1995 and has assisted with the establishment of many Shim Jang Training Centers since that time.

Master Seedsman is a loyal instructor of high integrity who works extremely hard to ensure that the World Shimjang Taekwondo Academy remains at the forefront of the Martial Arts in this country, he is a highly experienced examiner and he works tirelessly to ensure that the art maintains an extremely high standard throughout Austarlia.

Master Seedsman is an outstanding martial artist and a well respected leader in the art of Shim Jang Taekwondo, in his role as Deputy Grandmaster Nicholas works tirelessly across multiple portfolios providing the support the organisation requires.